Descriptor: To manage and direct the use of global financial resources at the inter-organisational level. The goal being the creation of a more stable and equitable world economic system. 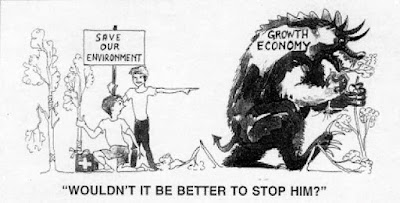 Who's Counting? Marilyn Waring on Sex, Lies and Global Economics:

In this feature-length documentary, Marilyn Waring demystifies the language of economics by defining it as a value system in which all goods and activities are related only to their monetary value. As a result, unpaid work (usually performed by women) is unrecognised while activities that may be environmentally and socially detrimental are deemed productive. Waring maps out an alternative vision based on the idea of time as the new currency.

Money itself has no value, rather, money is an information system by which we indicate to others what we value. Our current system of economics is flawed in that it caters only for a limited set of values. As a result, we have created a society based only on this limited set, ignoring the others. The most effective way to create a better society is to create a new system of economics.
* * * *
Prosperity Without Growth—Tim Jackson, a professor of Sustainable Development and author of the book, "Prosperity Without Growth", argues it's time to re-think the very notion of growth and what it means to be genuinely prosperous.