Nothing Will Ever Change Until There's a Change of Worldview 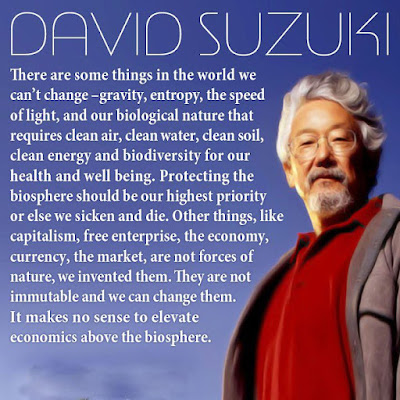 
...to tear down a factory or to revolt against a government or to avoid repair of a motor cycle because it is a system is to attack the effects rather than the causes; and as long as the attack is upon its effects only, no change is possible. The true system, the real system, is our present construction of systematic thought itself, rationality itself, and if a factory is torn down but the rationality which produced it left standing, then that rationality will simply produce another factory. If a revolution destroys a systematic government, but the systemic patterns of thought that produced that government are left intact, then those patterns will repeat themselves in the succeeding government. There is so much talk about the system and so little understanding. [Emphasis added] (Robert Pirsig, 1974, p. 94)

Two of the most powerful influencers of worldview are emotion and the media:

The fastest way of shifting people's world-view is through deliberately provoking a "significant emotive event"--brain washing techniques are an extreme example of this. If you think people would never resort to these techniques, think again! The question we must ask is, are techniques which deliberately provoke "significant emotive events", ethical?
The debate around this issue could rage on for years, however, the debate can be completely side stepped. How? Well it turns out that, though creating significant emotive events is a very effective way of modifying a person's world-view, those provoking the event have no control whatsoever over how the person's world-view will change. If you cannot control the outcome, then what's the point of employing the technique?
How can one be so sure that you cannot control the outcome? It's a basic principle of chaos theory. When you provoke a significant emotive event in a person's life, you create a bifurcation in their meaning-system (i.e. the way they'd made sense of the world until that point in time is broken down--bifurcated!). The brain's system of making sense of the world--it's meaning system--is as about as complex as system as you can get --in fact it might very well be the most complex system in the universe. Chaos theory tells us that when a bifurcation occurs in any complex non-linear system (not just the most complex in the universe) no one can predict the outcome.

So this means, if you deliberately provoke a significant emotive event in a person's life in order to impact on their world-view, you have no control over, nor any way of predicting, what new world-view they will have after the event--how useless then is this as a technique make any change?

The Media
The video below gives an of of how our Hegemonic society utilizes the media as a tool to dictate gender expression. This sets into motion the subordination of women in our society and that value that they hold as individuals politically and socially. It is a perfect example of how media shapes our worldview and hence our values. [Note: please don't be put off by the warning below or your initial reaction as the video starts--as the video progresses you will see the case they are making for change is powerful].

"We can't be what we can't see."
Worldview is everything. It shapes our values.
Then, our values determine our choices in life.

In influencing people's worldview, what works best?
What works as both an effective and an ethical means of world-view modification, is the use of a combination of dialogue, experiential learning, and structural change. The key to change is firstly gaining real rapport with people. For genuine rapport to exist, people must really know that you are able to see the world through their eyes and thus really understand why their values are important to them.
Change = Rapport + Information 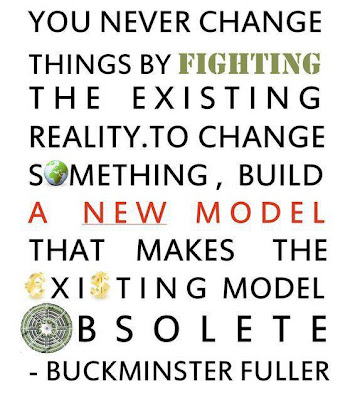